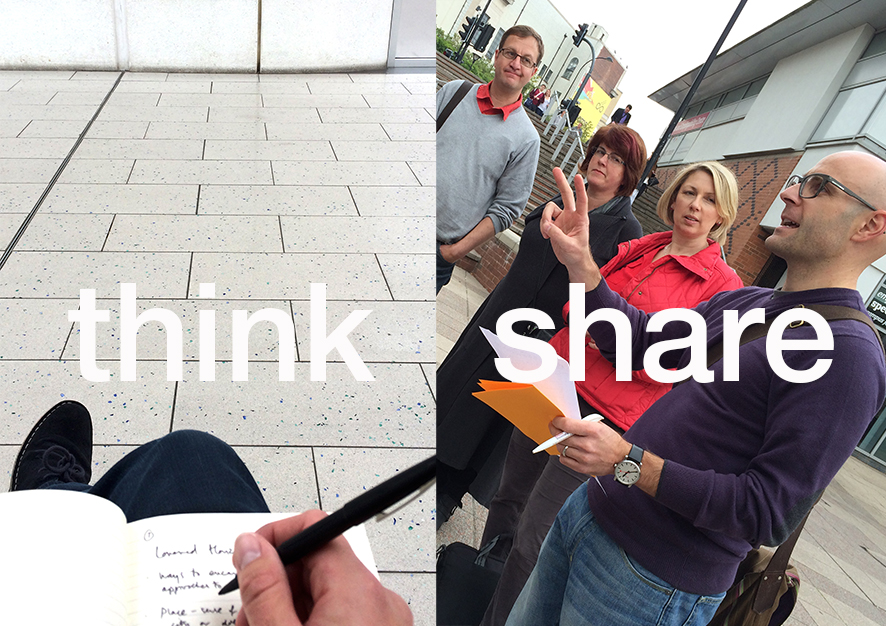 The team from Beyond the Workplace have been working with Street Wisdom recently.

We wanted to share the stories of some of them so to set the scene, have a read of Chris Kanes blog.

He says ‘Beyond the Workplace is all about engaging people from across the workplace spectrum to get to the core of the challenges facing the world of work in the 21st century.

It was my belief that to get novel perspectives, you have to use novel methods: sitting around and talking has been yielding the same tired ideas for years. What better way than ‘Street Wisdom’ – something new to nearly all of the participants – to try and shake out some new ideas?
Although I was hopeful, even I hadn’t imagined how successful the events to date turned out to be.’

Perry Timms writes on his blog

‘Suffice it to say that there was a reason for people to come together on 24th July, in blazing heat in London to use the Street Wisdom methodology in looking at the baffling topic of people and place. All part of the joint work of BIFM and CIPD. Into the issue of 21st century thinking, acting and doing in the workplace and the existing constructs of work still largely hung up on Industrial Revolution thinking and siloed mentality. Or something like that.’

Dan Pilling introduces his experience below

Our modern working lives are packed with meetings, must-do lists and desk-bound tasks. Received wisdom defines that ‘work’ is a thing that happens between 9 to 5 in the office – but that fact is increasingly becoming challenged by new, more agile work practices and enabling tech. For how much longer will this sedentary existence be the norm?

The impending Street Wisdom event – held by the recently formed ‘Beyond the Workplace conversation’ group (#BtWC) was on my mind as I parked up in the Sheffield city centre car park. To my relief, I emerged to a circle of friendly faces, awaiting the commencement of the day’s activities. In advance the event promised to ‘tune-in’ its participants into the untapped wisdom of the street – I had visions haranguing laden shoppers and flustered mothers with prams with pertinent questions about the future of the workplace… In reality proceedings commenced with an introduction by Chris Kane (BBC) and Ian Ellison (fellow BIFM workplace member and SHU tutor) into the objectives of the event, and an introduction to what the BtWC group were formed to do. It transpires that the whole BtWC thing was born of the need for BIFM and CIPD to start a conversation into the uncertain future direction of the working environment – and the increasing gap between where we work and what we do as a society between 9am and 5pm.

The particular event was a follow-on to the inaugural event held recently held in Trafalgar Square, and was born out of this need to investigate and push the ‘conversation’ forwards nationwide – with the idea to be as inclusive and broad-minded – to enable any and all interested parties to contribute. All very worthy stuff on the surface… but would anything come out of the day?

The introduction suggested that each attendee should consider a key question which they are currently pondering – whether it be workplace related, or a key life decision which may warrant some thought. According to Chris, our street leader for the day, The Street would reveal the response we were searching for. All very mysterious!

Read his blog for the full story

I pretty much wrote this post on my way home from a fascinating afternoon in the glorious, baking heat of London. This Thursday was the first ‘official’ #BtWC activity to challenge and consider what the future of work could aspirationally be, hosted by @dds180, @ChrisKane55, @KateGL, @davidmicklem and @SimonHeath1.

I was there with Bob Seddon (the newly appointed chair of the @BIFM_UK Workplace SIG), @ChrisMoriarty3 (surely the best surname in the country?!) and about 50 other intrigued participants, keen to learn what #StreetWisdom was all about.

My question, as part of the #BtWC initiative, was “is territory a good or a bad thing?” and my experience was more than illuminating! I’ve written a full post about it here. 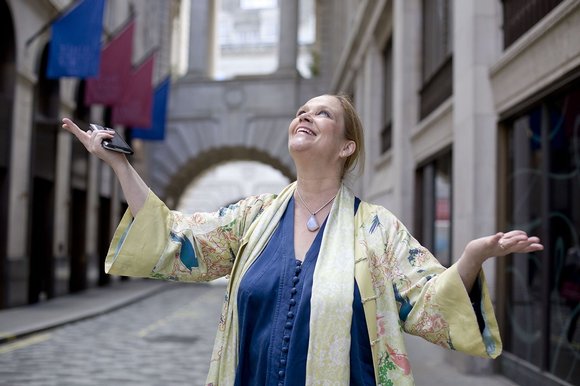 When Street Wisdom was conceived, we realised very quickly that its success was only possible if those that participated shared their enthusiasm for it both by facilitating their own events and also by talking about it afterwards. We see Street Wisdom as a ‘movement’ and, as with any political or social movement, we need people to help us spread the word about it. Happily, following a few months of our Street Wisdom Spring (as we affectionately call it), we are now seeing the green shoots of the movement really taking hold. Bloggers who have participated have been blogging and the press is now paying us some attention.

So we’ve set up a new page on our website, ‘In the News’, to share with you what other people are saying about Street Wisdom including press articles such as last weekend’s Sunday Times article. We hope that the content that is on there now represents just the first of many more articles yet to come. Please keep sharing Street Wisdom with your own communities (why not direct them to the new Press page?), ask them to join our community and, above all, host your own events. We hope to be reading more enthusiasm-infused blogs in the coming weeks.