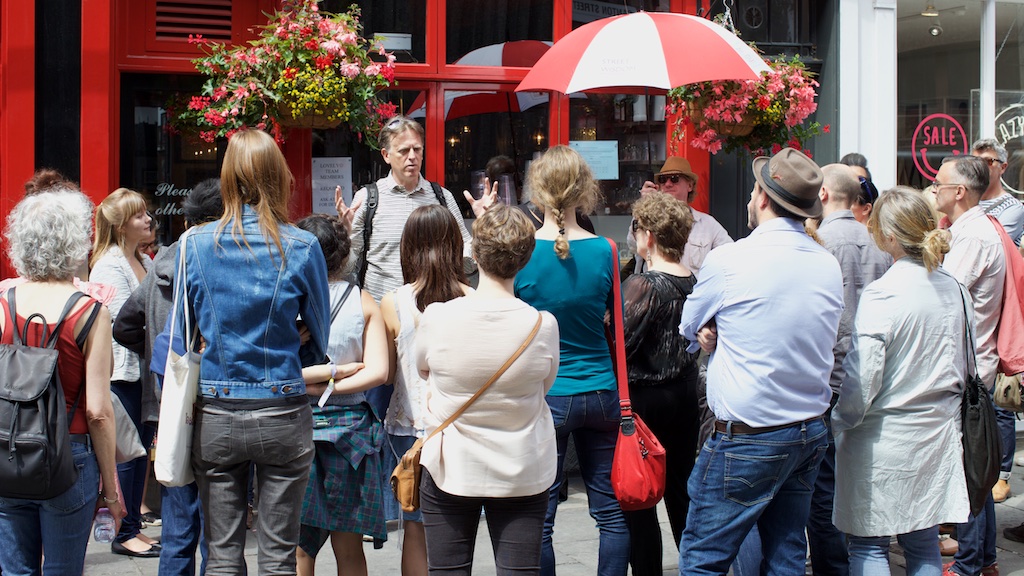 Blessed by gorgeous weather, 30 seekers of wisdom met on a luminous Sunday afternoon just around the corner from one of London’s most famous byways: Carnaby Street.

Street Wisdom co-founder David Pearl and Street Wizard alumni Scott Morrison gathered us all together on the ancient cobblestones and gave us a taste of the experience that would unfold over the next three hours. Expect the unexpected, look for teachers as well as answers, use the streets as an invisible university.

Perhaps we picked up on the neighbourhood’s reputation for new ideas, open-minded entrepreneurs and leaping into the unknown (in bell-bottomed trousers) but as the group of soon-to-be Street Wizards set off on their wanderings, the air was full of expectation. And a couple of hours later, we were not disappointed – new light had been shed on all sorts of difficult questions, inspiration had been sought and found, and the world was viewed in a new and stimulating way. If you were there, thank you for coming, and please leave your own stories of adventure in the comments below. We’d love to hear them.

Massive thanks also to our other volunteer facilitators: Mark Brown, David Micklem, Ines Alonso and Jo Pearl. And to Stephen Cotterell for the photos.

See you next time…. 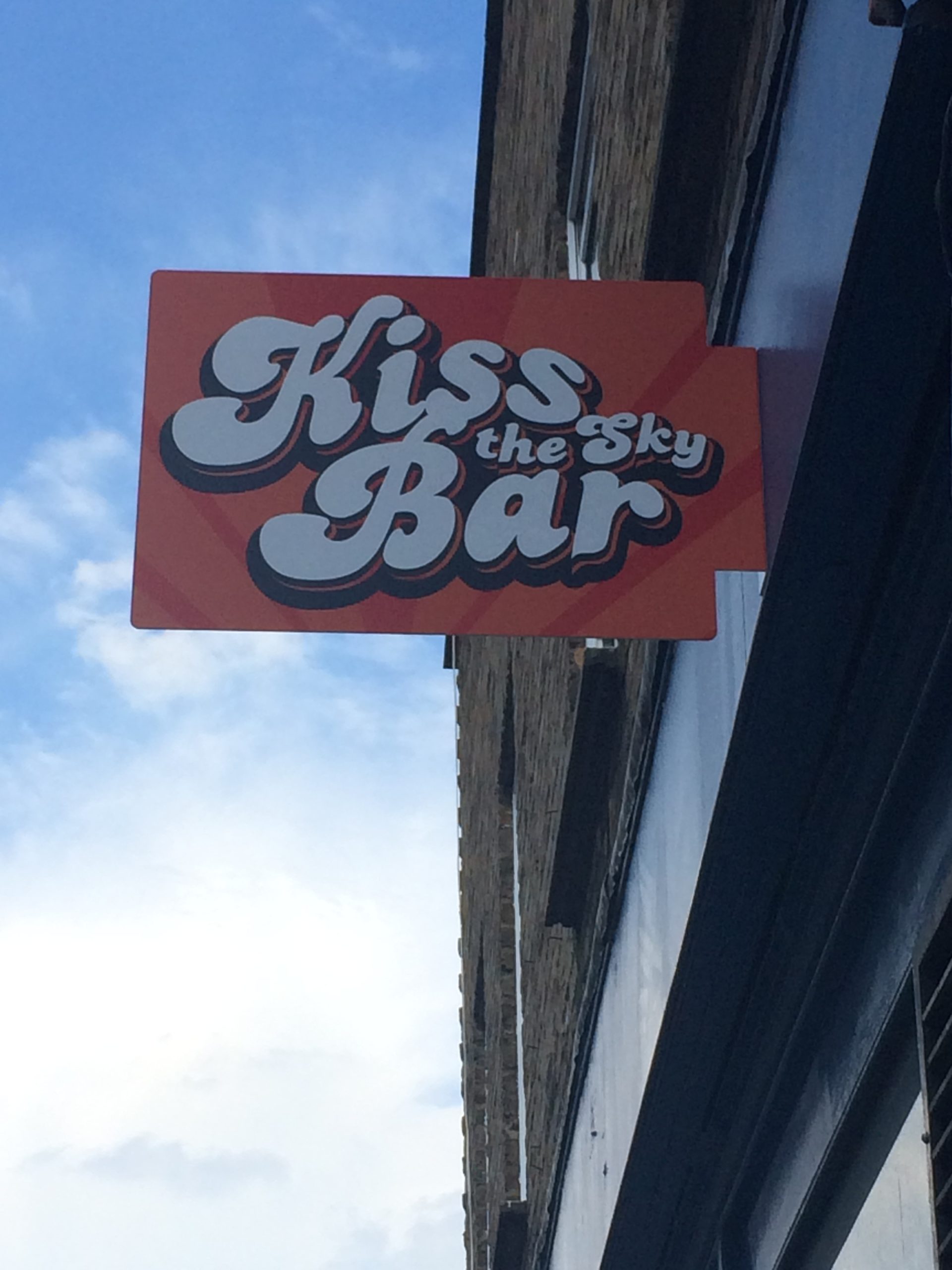 I’ve added the principles of Street Wisdom to my life and I’ve started to notice the serendipitous moments happening around me.

I have been thinking about expressing myself creatively more in my life but struggled with how I could make it a reality. After having a mentoring session where I talked about my desire to ‘be more creative’ I ran into a friend who is an artist I haven’t seen in ages. Later that day he took me to his studio and talked about his inspiration for his work and the process of creative expression.

I left feeling like I had just been shown a way to take the next step expressing my creative flair. 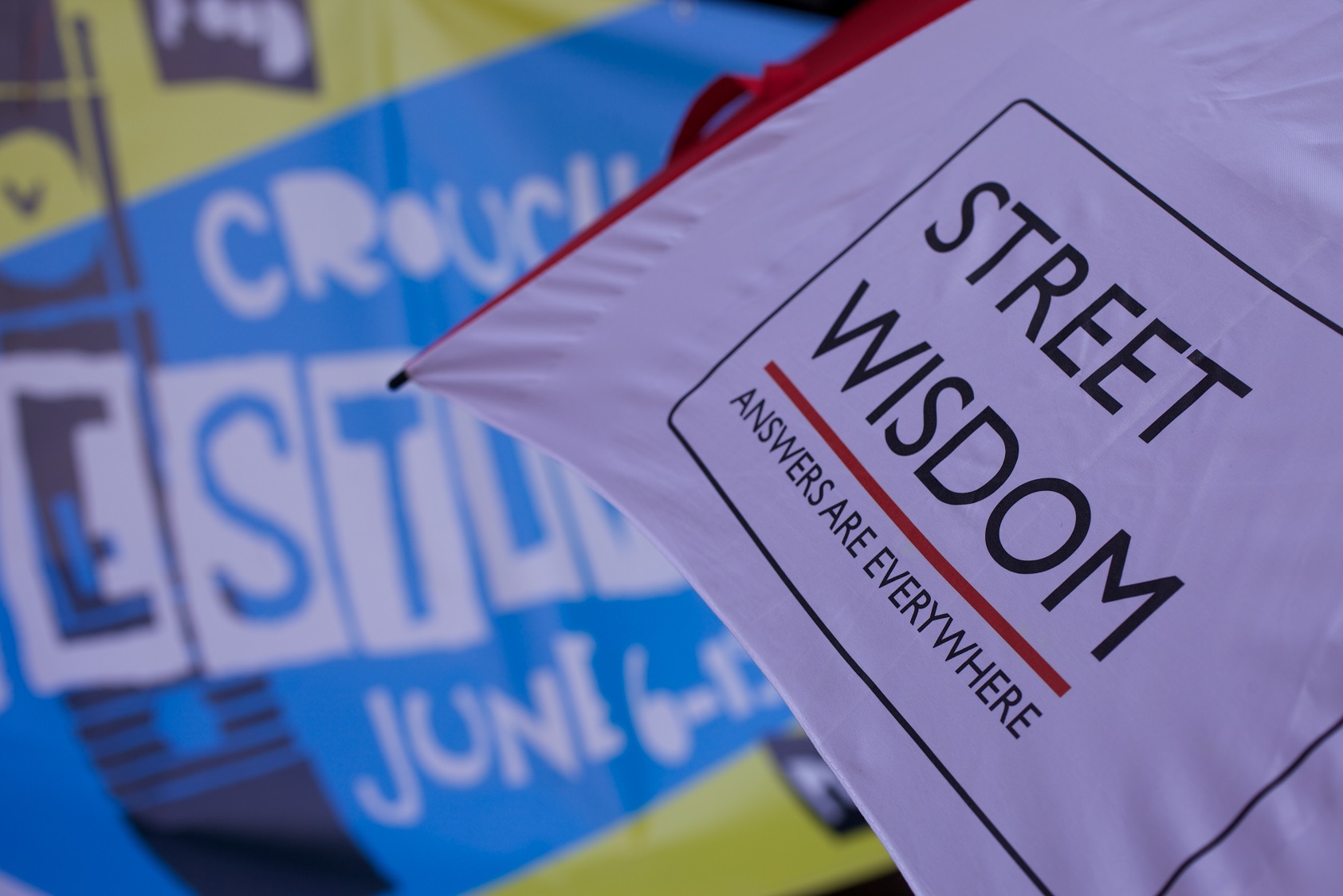 DP: Scott, you’ve initiated and led three of your own ‘DIY ‘Street Wisdoms in the last month. Impressive! What is it that so excites you about this venture?

SM: Where do I start David? I summarise Street Wisdom as simple, soulful and life-changing – I don’t say that lightly as when I did it back in November it completely transformed my life. I asked the street to vindicate my decision to start my own business and the most incredible magic happened. I bumped into 3 friends (separately) that I hadn’t seen for 6 months – they all told me to do it and gave me contacts that I should speak to to help me and I now work with some of those people. I arrived 30 minutes late for the debrief, full of euphoric energy. As you’ll recall, I pestered you for a couple of months to become a Street Wisdomer as I wanted it to become part of what I did in my new adventure. I have taken that on and still have that beautiful feeling of positive energy every time I do it. Seeing people find the answers to some pretty challenging questions by simply asking the street to help them is inspiring and I feel blessed to be part of such an incredible movement.

DP: All of these events were part of other festivals – Fairground in Haggerston and the Crouch End Festival. How did that work out?

SM: There’s a real energy and openness about festivals. People are more willing to experience the unknown, step out of their zone and challenge themselves. They’re often a heady mix of escapism and internal contemplation. That’s what makes Street Wisdom the perfect activity for festivals; you get those people who want to feel some everyday magic and are willing to feel the impact it will have on their lives. Both festivals were about expression and experimentation and founded by people who have deep creative passions. Street Wisdom works really well when you’re looking to crack a creative question or looking for a new, creative perspective on your life. That was borne out in some of the experiences people recounted at our debriefs.

DP: Are there any stories you can share about what happened to your participants and what they learned?

SM: Great segue! My favourite 2 stories involved everyday magic, the true beauty of Street Wisdom. One of our participants was looking for answers on how to manage her life once her 5th child left home. It was a pivotal moment for her and, whilst she’d been through it before, she wanted a new perspective on how to cope with the empty house. Amazingly, she found a diary behind a drainpipe; looking through it, it reflected a lot about how she documented her life, the sort of things she covered, noted and thought about. She then boldly asked her question to 3 people in a shop who gave her 3 answers all of which resonated with her in different ways. One woman told her, “you’re incredibly creative. You’re a writer – you need to write”. As she recounted her story, she was reluctant to consider herself creative or to keep the diary. However, the story was so important to the group that everyone encouraged her to keep the diary, have a look through it and see if it sparked her creative streak – she was, by the way, one of the most creative looking people you could ever want to meet and the fact she retained the diary felt like the start of an incredible story that will unfold as she goes through the process of saying goodbye to her child. We talked about a book called ‘Diary in a Drainpipe’ which raised a smile.

The other story that stood out for me was at Fairground. One participant wanted to find a way of linking their past, present and future lives as they were in conflict. On leaving the first exercise, she crossed the road and walked through a council estate which, for her, signified her past. As she walked through, she came out the other side and found a most beautiful road, bathed in sun which, for her, signified her future and her aspirations. Along the way she picked up a magazine that had the club she had raved in all her life (until it shut down) with a story in the sub headline about a friend who had started something else recently; she reconciled her question right there in black and white on the front of that magazine. She had shunned a lot of her previous ‘raving’ life and stopped feeling part of that group. However, that group were at Fairground that night and she had come to the Street Wisdom event without realising they would all be there – her past and present were colliding in that one small space. We all got tingles when she told us it was the most profound thing she had done and she had to stay at Fairground after our event – she didn’t know why but someone was coming to meet her – she could just feel it as she was so tuned in to her environment.

DP: What are you learning about SW the more you do it?

SM: The power of it – how it leads to magic and how everyone can take something, however small, from it. Some of our participants at Crouch End festival described it as being in a yoga or meditative trance, being in some kind of bubble that felt really intense. Someone told us Street Wisdom has passed their tingle test – she had such an experience that halfway through she was overwhelmed with tears of joy. There’s nothing that is as simple as this that delivers such powerful emotions and life changing energy.

DP: If you could lead a SW event anywhere – where would it be? And which five living people would you like to invite to take part…

SM: I would love to run a Street Wisdom in Tibet – one spiritual movement meeting another would be incredibly powerful. I think that people would reach the next plain! I’d love to take government leaders who are fighting one another on that Street Wisdom – Iraq, Iran, Israel, Palestine, Somalia, Afghanistan, UK, US, China whoever – if we could get a new perspective for all of those leaders and they could come together and share their experiences, I am sure we could conquer world peace. That’s how powerful I believe this is. 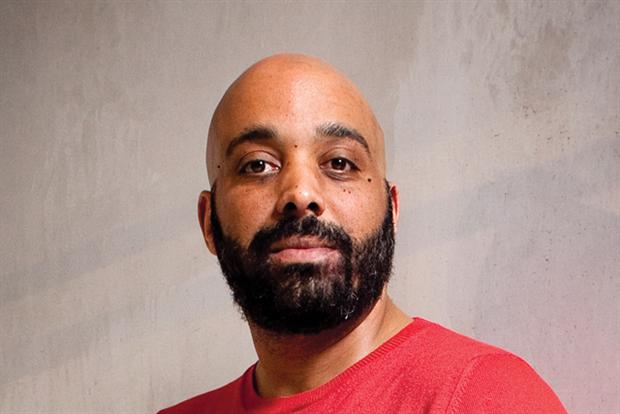