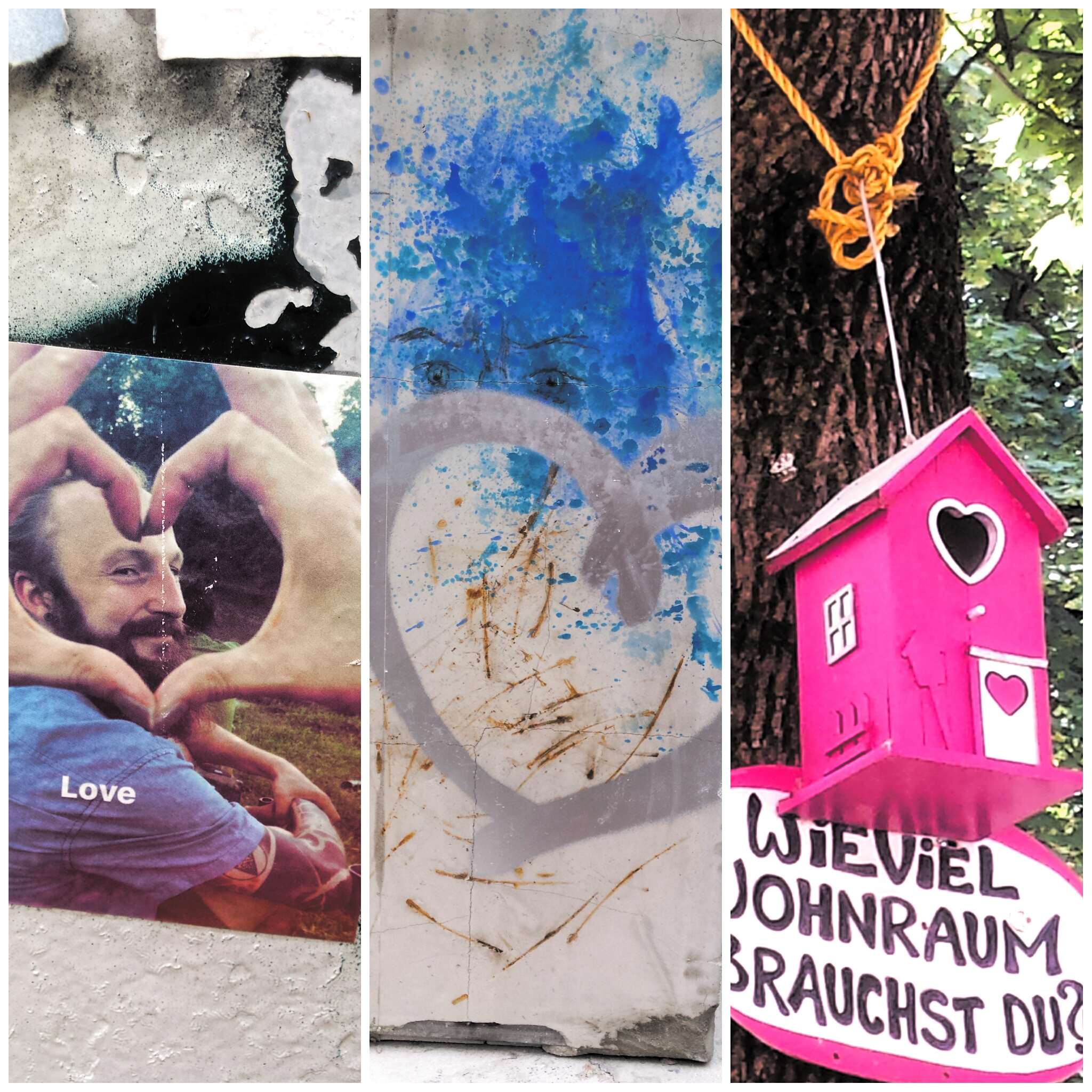 Little did I know that our Sunday tour in Munich coincided with an annual event of commemoration of the church, so that in various nieghborhoods, including the one we wandered in, roads were closed in order to accommodate processions of priests, musicians, and people. Though none of us were religious, it left each of us with the message that, even though we live in times of change and upheaval, there is hope that we can grow.

It was a perfect reminder as to why I originally began to do Street Wisdom events in Munich. In a city known as the “safest city in Germany” 5 or more years in a row – a shooting at a large shopping center 2 years ago caused a huge shock and lots of fear. I felt my small part could be to host events that brought strangers together, helped them to slow down and be mindful, and perhaps benefit themselves and each other simultaneously. This lovely group of international women (the men must have had a collective mind meld and didn’t show!) somehow all had similar themes of healing, love, self-care, and expanding to include more joy.

I, of course, always bring my own question to wander around with, and this time I asked the streets, “So, what will this be the-summer-of?” I thought it would be fun to get an idea of how the next few months might evolve and looked forward to what would be revealed. And I wasn’t disappointed.

Every turn was painted with a heart, and I even found the word “lovely” – which is significant when you live in a German speaking country. I saw stickers with hands in the shape of a heart, and art and creativity everywhere. Bells were ringing in the church, birds singing in the trees – am I in a Disney movie?!

When we all gathered at the biergarten – because that’s what one does in Bavaria in the summer – the church procession went right by us singing songs of peace, love and hope. One wanderer said that she even ended up in the procession at some point and received a tiny mustard seed, which the priest said was a metaphor for hope. Mustard seeds are tiny, but they grow into large and helpful plants – which is a lot like hope.

Another wanderer shared how she’d been wondering if it one had to be less self-centered to care about the community a bit more, or if that meant giving up too much of herself. She’d just finished high school in the U.S. and was traveling Europe with her friend (both came and joined us – brave girls!). One of her insights went something like, “Being a student is easy. There’s a route, a path, laid out for you and you just follow it. But becoming a person is hard. Constructing yourself takes effort!”

Now that was some wisdom we could all agree on!

I never know who I am going to meet, or what the result will be from my street quests, but they NEVER disappoint. If you have a chance to experience one or host one and you’re on the fence – jump off and jump in. The world needs more connection and love right now. (And if it helps, just start singing a Beatles song…)