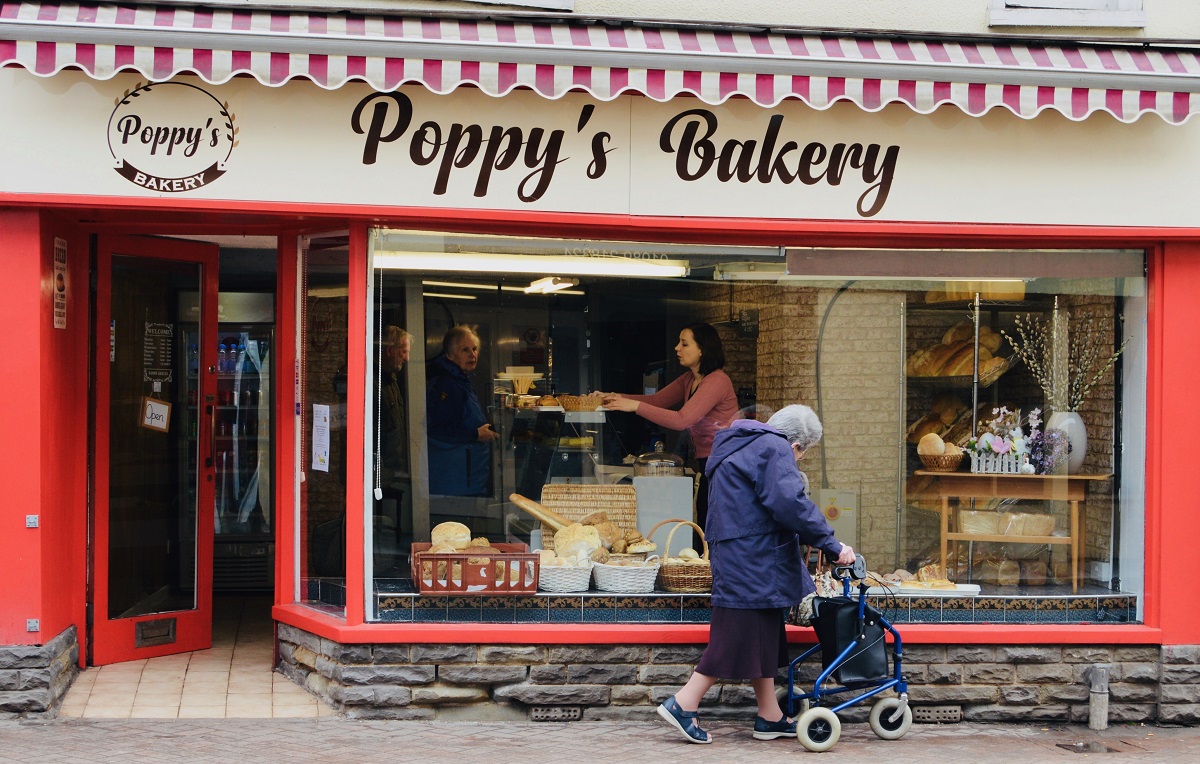 A group of people arranged to meet at Ross Market Place 10am on a chilly Saturday in March. Only one of them really understood what they would be doing. The others had come with an open mind and a willingness to participate. They had been persuaded that it was worth dedicating a few hours of their time to.

Mark, the Street Wisdom leader, briefed them that the whole session would last about 3 hours but clock watching is not what it was about. Each person would work on their own to find an answer(s) to a question they had posed to themself.

The first part of the process was to split into pairs and spend a couple of minutes telling one another personal experiences of memorable streets. After a hesitant start this unlocked a number of memories and began the process. Next everyone was asked to spend 10 minutes or so on each of 4 exercises. After each 10 minutes the participants returned to Mark to give a little feedback on the experience and be given the next objective. These were to wander the streets:

being drawn to whatever caught your attention, allowing yourself to notice things and take a closer look

slowing right down to give yourself time to notice

following the story, allowing your interest to take you where it would and let a narrative develop

seeing the beauty in everything around you

The cumulative effect of the time spent doing this was that I found myself relaxing and becoming ever more aware of the buildings, people and streetscape; seeing things through fresh eyes and taking the time to enquire of others about the things that drew my interest; watching others going about their business and becoming observer as well as participant.

I was immediately so absorbed by what was going on around me I wondered off for half an hour for the first task. Because everything about this experience was fluid this didn’t matter one bit and Mark observed I had already moved onto the second stage of “slowing down” without being directed to. I was interested to hear from the others how they had “followed the story,” as they had interpreted it quite differently to me. I read a sign outside a charity shop asking for help locating a lockable filing cabinet, so I went in, found the manager and suggested a place where she might find one. Others found a story in numbers or colours on the street.

When it came to “seeing the beauty in everything around me,” I stopped wandering and just looked about. I saw families with parents caring for their children, cars slowing down to let pedestrians cross the road, a dog patiently waiting for someone to come out of a coffee shop.

The second part of the process involved going back to the question originally posed and, with it sitting at the back of the mind, spending 45 minutes or so walking the streets. The expectation was the brain had relaxed and was open to letting thoughts move through it freely and ideas develop. This was certainly my experience. Creating the necessary time and space to give consideration to a weighty matter is not always possible in our hectic lives.

For the 3rd and final part of the session everyone reassembled in a warm and comfortable setting where refreshments could be obtained and a discussion held. A cosy pub is ideal if the group isn’t too large. The morning’s experiences were gone over, the participants discussed their responses to the exercises and the thoughts that had come to them. The common experience had lowered barriers to sharing.

In this instance members of the createROSS committee formed most of the group and they each posed themselves a question around how to create a successful public festival in Ross. One wanted to know how best to engage new audiences in the arts, one what type of festival would be most suitable and I wanted to know how the members of the committee could all be persuaded to commit to organising a successful new event. The discussion was very productive with insight and clarity gained from the Street Wisdom process. Some common themes quickly developed and there was plenty of material that could be worked on at future meetings.

Thank you Mark for giving your time and experience. It was a really worthwhile activity.