With hundreds of people wanting to either attend or lead events up and down the country, we came up with a day when people could do either – or both. 30 or so would-be Street Wizards gathered in the Covent Garden piazza – braving the horizontal rain – to learn about how to run a Street Wisdom by experiencing it, under the guidance of David Pearl, Chris Barez-Brown and the Upping Your Elvis gang.

But that wasn’t all.

After lunch 12 ‘newbies’ stayed on to lead their own Street Wisdoms with a new set of participants who arrived in the afternoon. From fledgling to facilitator in a few hours. Amazing. It’s a format we intend to run again. And not just in London.

We’re working to feed all the sparks of inspiration around the country. So do keep in contact. 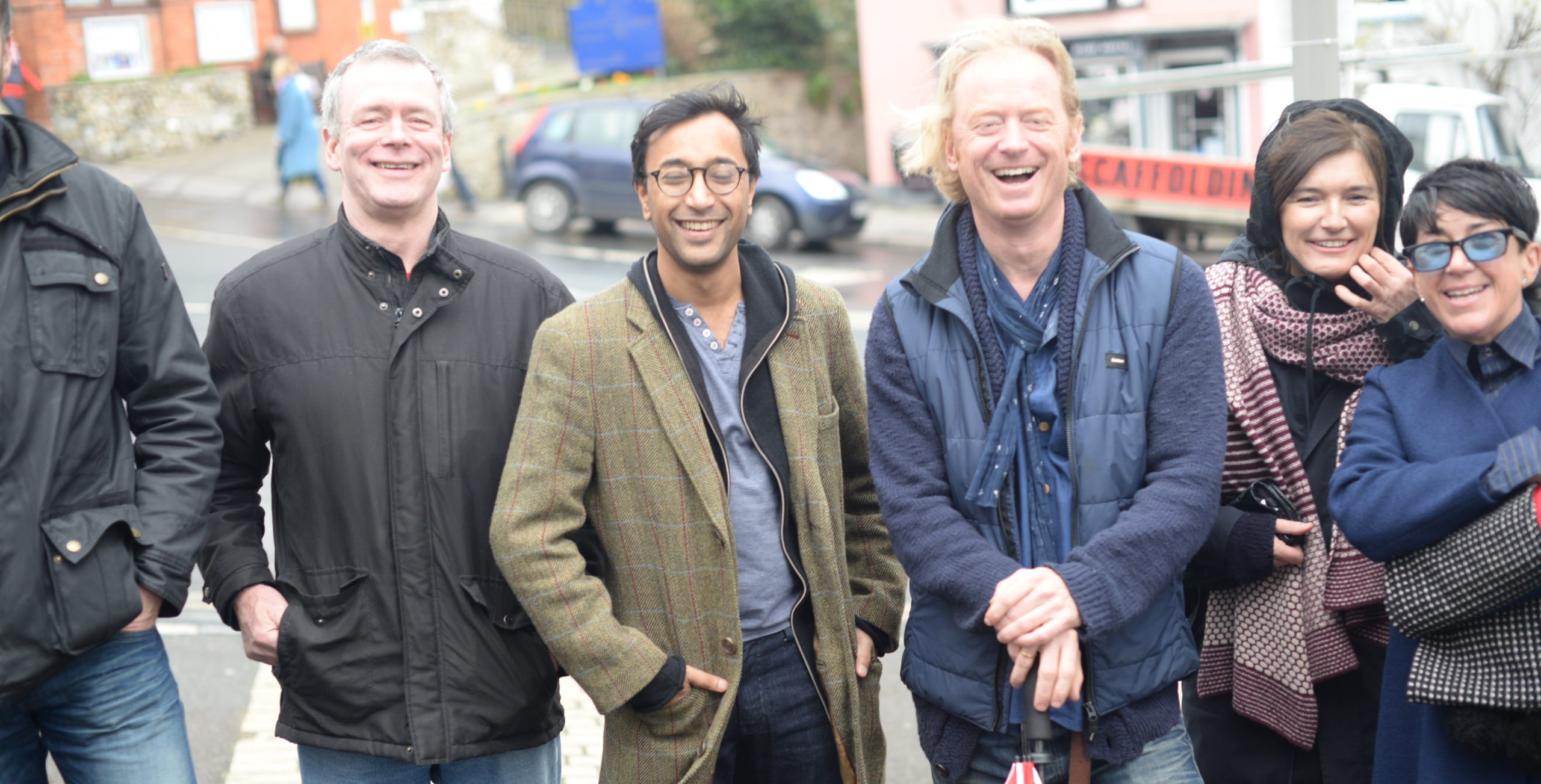 The New Year saw a special event occur in one of the Street Wisdom homelands, Lyme Vegas, formerly known as Lyme Regis and renamed due to its auspicious energy and light!

We were 7 people and one leader – Chris Baréz Brown, one of Street Wisdom’s uber inspiring founders. Rhik Samadder from The Guardian, also joined the session to write a feature about Street Wisdom. The start to 2015 brought us all together clear headed and ready to find some answers to our questions and help each other make those connections.

January in Lyme is quiet – lots of restaurants and shops are closed and the streets are generally empty. We headed to the seafront for the warm up exercises and the light was super special, almost ethereal in its silvery reflections. But it wasn’t the sea that inspired people, we all found beauty and inspiration in the simplest of observations. The protruding rusting nails where on warmer busier days hanging baskets suspend, signified a crossroads of decision. The tacky signs of fish and chip outlets suddenly had a resonance to their message and small plants growing out of the crevices of the pavement seemed to give strength to the famous saying of Robert The Bruce’s origin ‘if at first you don’t succeed, try, try ,again’. But we didn’t have to sit like Robert hiding in a cave for 12 hours to get our moment, inspiration was immediately all around us, we just needed to learn how to slow down and see the beauty in everything.

We ended the session at The Volunteer Pub, warm fire and hot toddies and a group buzzing with energy, all sharing and discussing our discoveries and supporting one another. Some had breakthroughs during the session, others found strength and inspiration in the process and love and energy from the group to make steps to answer their question.

All in all a fantastic afternoon, so thank you Chris, Street Wisdom and Lyme Vegas.

Street Wisdom will be featured in Do Something, The Guardian on Feb 7th 2015.

I joined the Street Wisdom group in Lyme Regis, a group of 8 made up of 4 men and 4 women. The first thing that struck me was the warmth that was immediately shared between strangers, it took moments to engage, we were, in essence, up for it. The afternoon progressed and led us into thought, reflection and discovery. I met a great guy who bared his soul to me and shared his troubles – he inspired me, you know who you are and you’re going to be fine – I felt that very strongly. For me, personally, I didn’t think the process had had an impact until this morning, 3 days later. Something has shifted in me. Sometimes the power of suggestion is all that one needs to find their own answers.