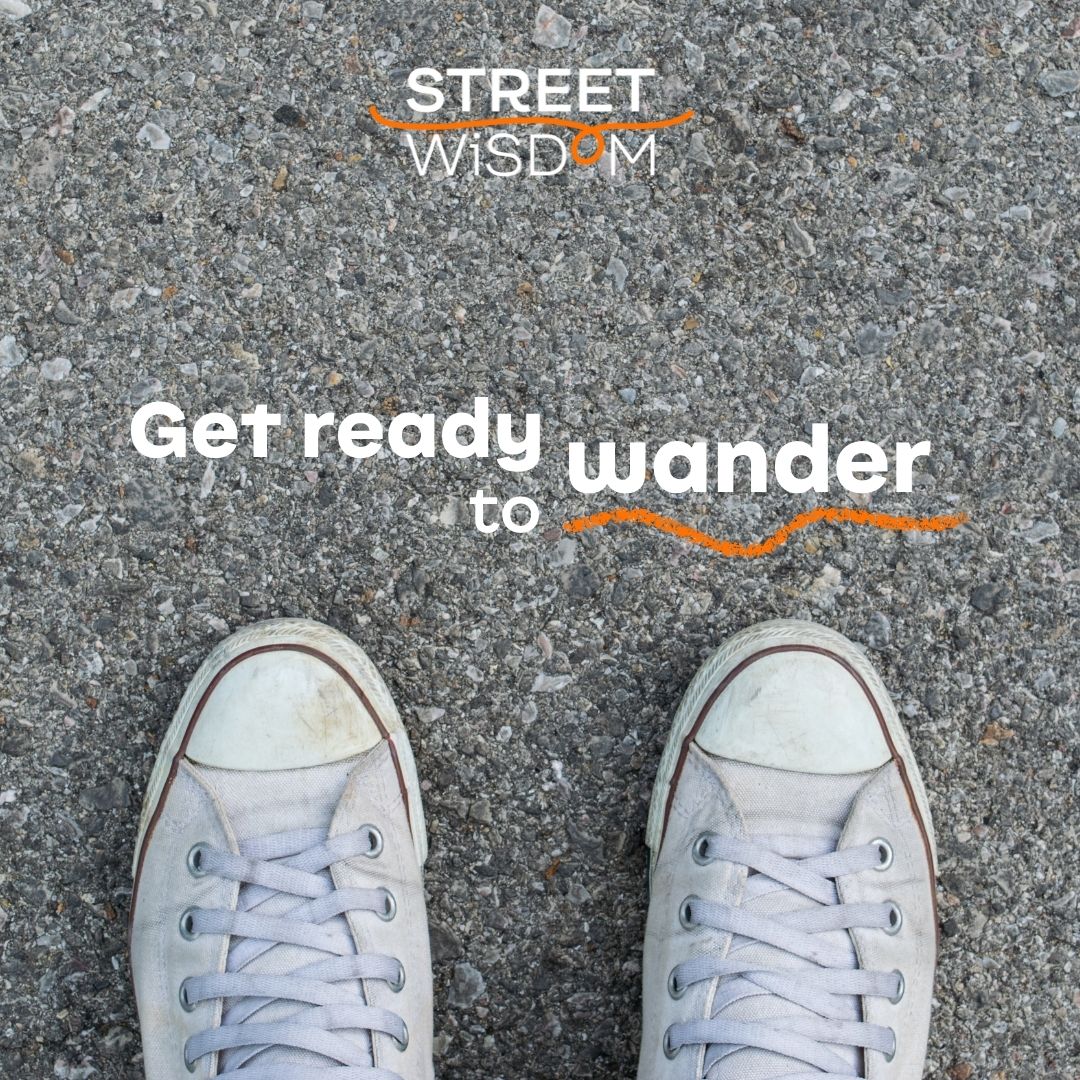 Everything Happens Here and All At Once – that’s the opening line of a poem by spoken word artists Polarbear and Simon Turner carved into a granite fountain at Birmingham’s Bullring.  It’s also a great way to sum up our Street Wisdom experience – the first one in the city – hosted by RSA West Midlands.

We began by the famous bronze Bull statue, in blazing sun bustling with shoppers, buskers and market traders.   And ended three hours – was it just three hours? – later in fake candlelight at the mad mashup (part medieval, part ancient Greek, part Victorian with a sprinkling of Tutankhamen) of the Bacchus wine bar.

In my group we have an interesting spread of people, academics and arts/business hyphenates. Many people are here through a connection with the RSA.

The opening warm-up and kick-off on Street Wisdom is so straightforward and gettable, and within 10 minutes we’re off into the ‘tuning’ stage.

I like watching the gradual changes in people as they return, step by step, chatting with them briefly about what happened, in some cases they soften, walk more slowly, deepen their breathing etc. A lady tells me later that she noticed ‘not being slightly irritable’ and enjoyed that state of unhurried travelling. Her default state has become to ‘travel grumpy’ and she was able to reframe it.

Then the quest.  Some great examples of questions ‘What shall I concentrate on for my PhD?’ and ‘How can I sell my services more effectively?’

And finally the sharing at Bacchus.

David points out that the working buzz of these conversations, is the sound of the 18th century coffeehouse;  arenas for debate where the RSA has its roots.   And so eventually our conversations move on to general business/culture/society discussions, mutual interests are outlined, business cards exchanged, etc. It’s good for that, Street Wisdom.

An insightful suggestion from a senior city planner – that workers, especially executives get out and into the streets (in a mindful way?) and see and feel something of the experience of the locals, or perhaps we should say the ‘end-users’. Who are they exactly? In the commercial centre of Birmingham, competing among at least 4 highly vocal religious groups for the attention of the shoppers and commuters.

I suppose the idea is to try and combine Culture, Business and Society.

As they say, everything happens here….

it was all brilliant, inspiring exciting, intriguing and excellently facilitated and wonderful

it was enriching and pleasure filled