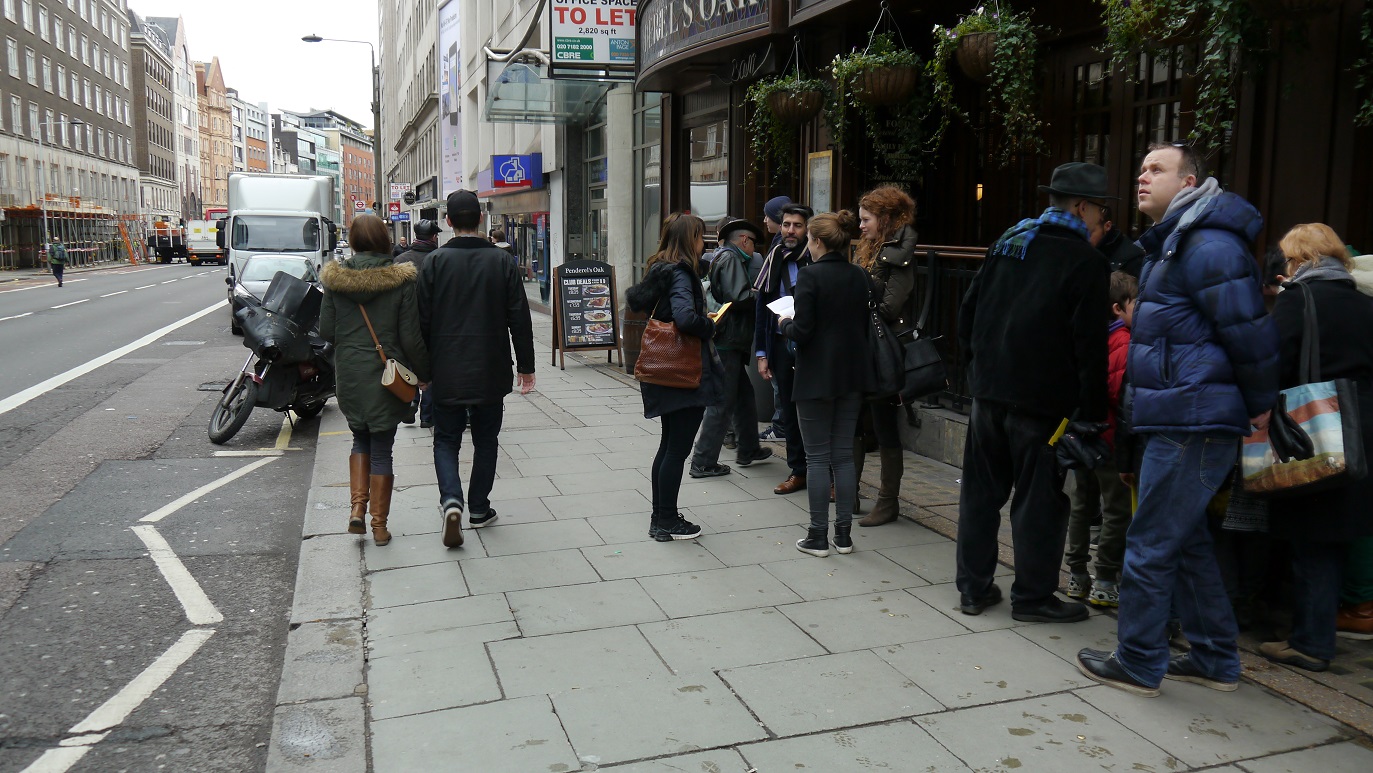 I heard about Street Wisdom quite a long time ago, and I understood the idea, but I didn’t get the opportunity to try it until March this year [2014] when I joined a Sunday morning session put on in Holborn for the Sunday Assembly.

This was a shortened version, ‘one time around’, where we issued onto the streets to carry out our missions as individuals and then met up back at the pub to share and decode our experiences.

The exercise splits into two parts – the first is about doing things to heighten your awareness and open you up to new experiences. The second invites you, once in that zone, to tackle a question you brought with you.

For the first stage I focussed on the instruction to “slow right down”. This resonated quite a lot with the Mindfulness techniques I’ve been teaching people, but the extra dimension is in interacting with your live surroundings. Holborn on a Sunday morning is a quiet place and I imagine that the experience would have been different again on a bustling weekday. Down Chancery Lane I did start to slow physically and to take more in, reading the notices which give clues to the business going on behind each door. But I also became aware of the age of the buildings and imagined them visibly changing in a world where we come and go as blurs. Even mature street trees became upstarts as I saw myself as a transitory phenomenon in the life of the city.

Thus armed, I moved on to my own question. It was about the order in which I was going to tackle making improvements to my health and making changes to my work. I couldn’t do both at the same time. So which first?

Looking around I had a sense that I would supply the narrative, but that I would be influenced by what was in this place around me. I know that we make the world, through the way that we select what to see, and what significance to give it. I was ready for a dialogue with these gardens and walls, offices and alleys. But what I didn’t expect was a barrage of cues and clues in such a short space of time and small circle of distance. I have my answer, by a short head, and even the process of decoding the more ambiguous clues gave me insights into how I had framed my question in the first place.

I don’t view this in a mysterious way – some external power sending me messages – even though so many of the things I noticed were words… street signs, company notices and placards. But I am happily mystified by how much this process was an experience rather than a process of analysis or deduction. The set-up and brief are crucial.

So, yes, the Streets are full of Wisdom even if some of it is our own, rediscovered and reflected back to us. Get down there and see for yourself.