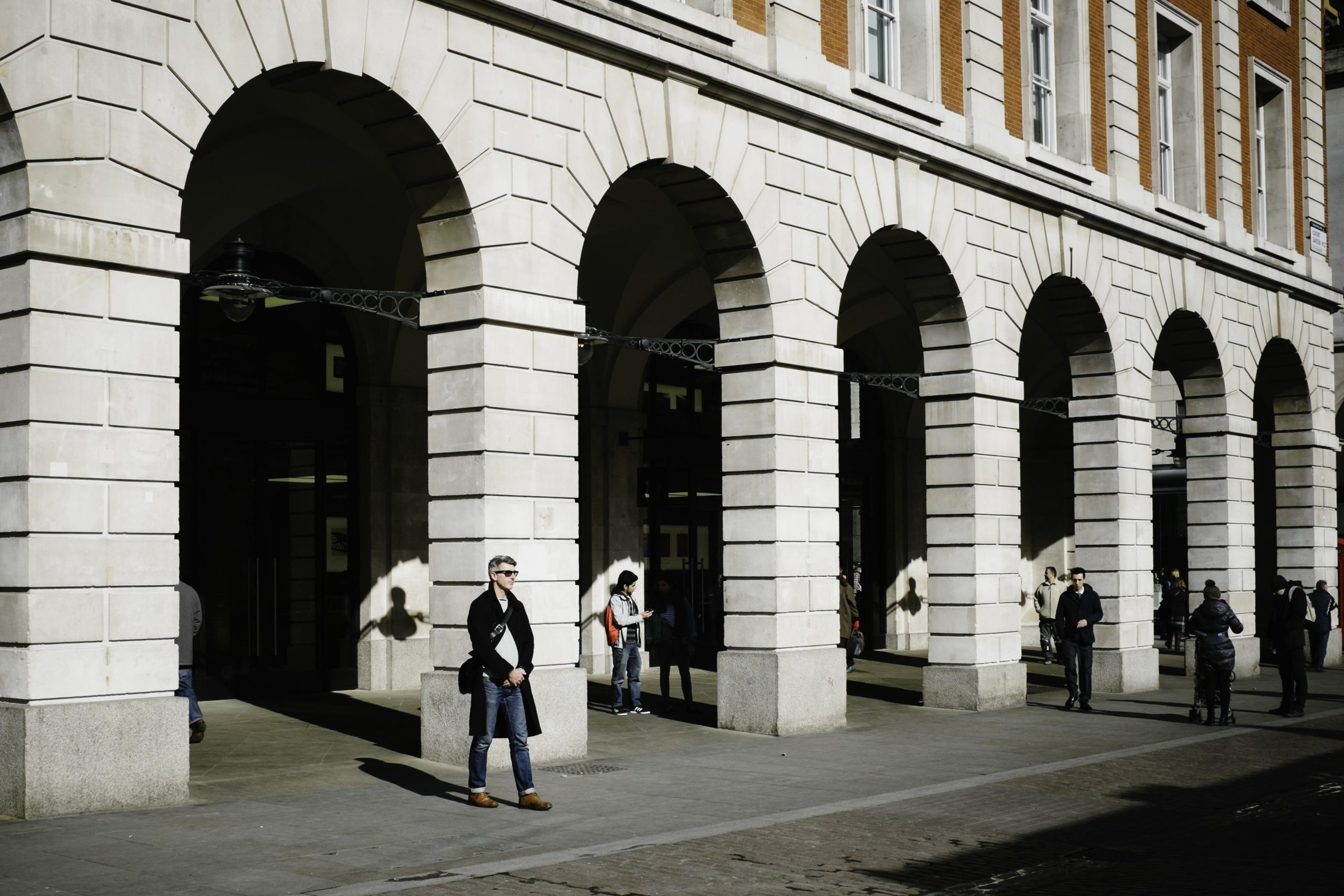 A magnificently crisp winter’s day drew a small, diverse, but perfectly formed band of adventurers to London’s Covent Garden. As the morning mist evaporated and the city woke slowly around us, we began our search for answers – but our wanderings would lead us around unexpected corners of both our minds and the city we thought we knew.

Shaking sleepy Sunday heads, we were soon looking up, down and all around at the buildings, street life and shop fronts of this ancient part of one of the world’s great metropolises. Many of us were familiar with this well trodden tourist zone, having rushed through it thousands of times on our way to other destinations, but there were secrets lurking at its heart.

As our volunteer Street Leader, David Micklem, helped us to tune up, slow down and observe the world around us, a few in our group stumbled upon a hidden churchyard created in 1633. The peace and tranquillity found in its garden were ethereal in the midst of such a dense and busy area. A garden of snowdrops looked upon benches dedicated to those who had passed on and were much missed. It made me think a little about how I might like to be remembered one day and began a playful couple of hours as I tried to answer my question for the day: ‘How can I be a better, truer version of myself?’

The cobblestones are steeped in a million stories here and slowing…right…down gave the opportunity to be enmeshed with the dramas playing out all around us while sensing the history of lives that had gone before. Little moments that normally flit by came clearly into frame: the older couple holding hands, a red haired girl looking lost and despondent, the homeless man folding his clothes under a portico. It takes you out of your own head and into a zone where you’re much more aware of human interactions.

The Street is a wise and often capricious muse. I occasionally laughed softly to myself as I wandered the roads and alleyways of central London and answers appeared in the most unlikely of places. A maze laid out in a courtyard lured me into its dead ends until I finally found my way to the centre. A metaphor perhaps to keep trying, never give up. Above me, inscribed over a doorway, were the words ‘Que sara sara’ (What Will Be Will Be).

The answer to my question came from a sign propped up in a bookstore window. It was a quote from a new fiction novel: “You can be whatever you want, but you will always be yourself”. The shop assistant approached me and we had an interesting conversation about the book, which he had read. It got me thinking about the way we outwardly portray ourselves as opposed to our inner voices and convictions. Unhappiness appears when the gap between those two things is at its greatest and reconciling them is the key.

As I walked back to meet our group again, a holographic photo of Marilyn Monroe mouthed the word ‘Wow!’ at me and made me laugh again. Street Wisdom is nothing if not playful, joyful and unexpected. There were plenty of revelations to share amongst the 10 of us ranging from gentle insights and appreciation of the headspace to direct answers that hit some participants right between the eyes. For me, the messages from the street are always loud and clear – we just need to be ready to hear them.